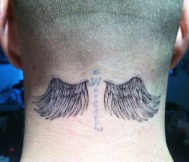 While tattoos (even temporary ones) aren’t part of the angel’s toolkit, they’re fun!

For today’s Winged Wednesday, I’m going to talk about some of the tools in an angel’s toolkit, or special abilities if you will, according to the world I created in my book, The Watcher. Though angels have many tools, these are my favorites.

The swords used in The Watcher are called intention swords, and they work by an angel’s intention. They can be blunt instruments or a light that passes through anything physical to cut away anything evil.

In The Watcher, the angels’ halos aren’t simply rings over their heads, they are force-fields that surround the angels and serve to protect them from evil. They can be extended to clear away anything negative, and even to clear negativity off each other. Another feature of an angel’s halo is its ability to hide them from our world. Angels can pass among humans cloaked by their halos.

All angels have wings, and they are beautiful. Rather than being made of feathers, like you see in pictures, they are made of feather-shaped filaments of light that are both solid and not. Most of the time, angel wings are cloaked and stored in another dimension, thus leaving a shimmer or gossamer-like grid around them, visible only to very sighted individuals (like Mia). When angels need their wings, they bring them into this dimension. They used them to fly or sometimes they just display them so that people will believe they are who they say they are. In other words, it’s  like a doctor’s white lab coat. A doctor is still a doctor without the lab coat, but when she or he is wearing one, you know that person means business.

These are just a few of the tools angels have. What other tools do you think angels should have? 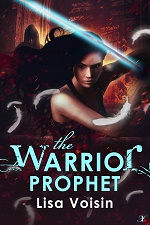 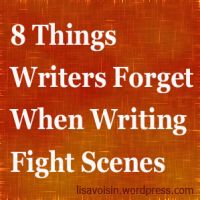 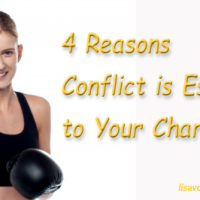 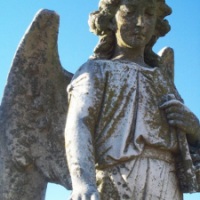 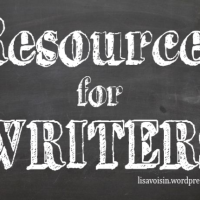